Children with poor self-beliefs often have bombarded themselves for so long with a steady stream of derogatory messages. Their potential for success is greatly limited, because they don’t believe in their capabilities.

Self-talk is a critical part of how children acquire beliefs about themselves. One of the most powerful ways to help your youngster develop a firm belief in himself is to teach him to practice positive self-talk. If he learns the skill now, he’ll use it forever.

But what if you have a child who is a pessimistic thinker or has gotten into the habit of saying negative self-statements? Don’t despair, there are strategies you can use to turn negativity around.

Here is an example of how I helped a mom and dad turn their child’s negative thinking around and develop more positive inner dialogues.

FROM MY FILES: Meet Jose, His Parents, & How We Turned Negative Thinking Around 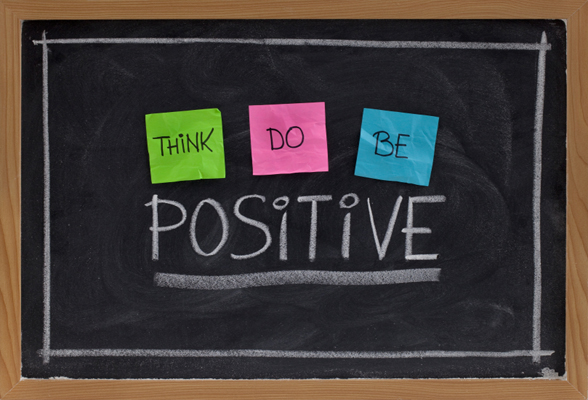 Six months after Jose appeared to adjust to his new school, the eight-year-old suddenly  began protesting he didn’t want to go to school and complaining  he had no friends. His mom noticed how often he reacted to situations by saying, “I can’t,” or “why bother?”, as though he assumed he’d fail.

Jose’s teacher confirmed he was using the same negative self-talk at school. His teacher and parents agreed that Jose’s new pessimistic attitude would be disastrous to his self-beliefs as well as to his learning, behavior and social competence.

But what could they do?

Jose’s teacher suggested that the parents call me for a visit and we arranged a time. I observed Jose, talked with his teachers and then chatted with his parents. It was obvious that Jose’s self-esteem was taking a steep decline due to his negative self-talk and beliefs. I explained to his parents the importance of children’s positive self-talk, and its potential to enhance self-confidence. I then offered six ideas that would help switch Jose’s negative thinking into more positive self-statements.  I stressed that change takes time, but if they were consistent and encouraged Jose, change would happen.

We spent time reviewing each strategy. His parents decided to try the ideas, even though they knew it would take time and hard work. I stressed that they should try only one new idea at a time and provide many opportunities for Jose to practice the strategy so it would become a habit and he would finally be able to use it without their reminders.

A few weeks later, when Jose’s teacher called to say he seemed so much happier, was trying harder, and even making friends, the parents realized their efforts had actually paid off. Jose’s new behavior meant one thing: he was developing a more positive picture of himself. But the real golden moment came when I met with the family. Jose was the one who admitted the change, “No more stinkin’ thinkin’,” he said. “Now I catch myself!” Believe me, all four of us were wearing big smiles that day.

Helping a child break the habit of using negative self-talk is not easy. Like trying to break any habit, you’ll need to be consistent in your efforts to help change your child’s behavior usually for a minimum of three weeks.

Here are the six ideas I suggested Jose’s parents use to help their son develop a more positive self picture and reduce his negative self talk.

Recognizing that kids learn much of their self-talk from listening to others, Jose’s parents deliberately began saying more positive messages out loud so Jose would overhear them. One day his mom said, “I love the recipe I used today. I’m really liked how it turned out.” The same day his dad’s said: “I  like how I really stuck to my ‘To Do’ list today and finished everything I’d planned.” At first they felt strange affirming themselves, but when they noticed their son praising himself more, they overcame their hesitancies.

2. Develop a Family “I Can” Slogan

Whenever someone in the family said, “I can’t,” they learned to say to the person: “Success comes in cans, not in cannots.” The simple little slogan became an effective way of encouraging family members to think more positively.

To remind Jose negative talk was not allowed, they created a private signal of pulling on their ear whenever he said a negative comment in public.

The boys’ parents gently encouraged him to talk back to his negative voice. They began by explaining how they confront their inner negative talk. His dad said,

“I remember when I was in school. Sometimes right before I’d take a test I’d hear a voice inside me say, ‘This stuff is hard. You’re not going to do well on this test.” I used to hate that voice, because it would take my confidence away.  I learned to talk back to it, so I’d just say, ‘I’m a good learner. I’m going to try my best. If I try my best, I’ll do okay.’”

The family developed a rule to combat negativity they called: “1 Negative = 1 Positive”. Whenever a family member said a negative comment, the sender must turn it into something positive.

If Jose said, “I’m so stupid.” His parents encouraged him to say something positive: “I’m pretty good at spelling.” Consistently enforcing the rule gradually diminished Jose’s use of negative statements.

They also taught Jose to reduce his self-defeating talk by helping him learn to say positive phrases instead. It’s best to help your child choose only one phase and help him practice saying the same phrase five or six times a day until he learns it.

Their final step was to privately remind him to praise himself inside his head when deserved. The day he brought home a good spelling test, his mom said:

“Jose, you did a great job on your spelling test today. Did you remember to tell yourself inside your head what a super job you did?” After his soccer game, his dad said, “Jose, that was a great side kick you used today. I hope you praised yourself, because you sure deserved it.”

The technique took awhile for Jose to feel comfortable using, but gradually his comfort level increased as he slowly erased his negative thinking patterns.

Remember, change is possible but it takes consistent effort and a good plan.

This article is an excerpt from my new book, Thrivers: The Surprising Reasons Why Some Kids Struggle and Others Shine (March 2021) that explains why the old markers of accomplishment (grades, test scores) are no longer reliable predictors of success in the 21st century — and offers 7 teachable traits that boost resilience and will safeguard our kids for the future.

Also check out: UnSelfie: Why Empathetic Kids Succeed in Our All-About-Me World. You’ll find dozens (over 300) simple, proven ways to cultivate empathy in children as well as help them learn the nine essential habits that nurture empathy. The book is now in hardback as well as paperback and Kindle.