How to Praise To Boost Kids’ Character

If you’re like most parents, you probably shower your kids with praise.

After all, isn’t our encouragement the secret sauce to boosting our kids’ success and happiness? What could be more affirming than telling your child, “Good job!” “I’m proud of you” or “You are smart!”

Well, as it turns out, these type of encouraging messages may not be so helpful as we think. According to research, wrongly worded praise can reduce children’s desires to take on challenges, lower achievement, reduce motivation and even make kids more interested in tearing others down.

But don’t despair. The right kind of praise still has a powerful, proven influence on children’s development. A correctly delivered message can be motivating for a child, help build character, boost empathy and contribute to resilience.

So here are six new rules of praising that align with what science says are the best ways to encourage kids: 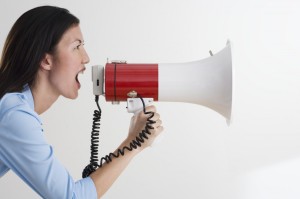 “Overvaluing” children – or essentially sending the message that they are more special than anyone else in the world – boosts narcissism and does kids and society little service. Case in point: Our most-praised youth now represent the most narcissistic generation on record. Beware that children’s perceptions that the world owes them will continue as adults.

According to research, two-thirds of college students now believe professors should give their grades special consideration if they explain they were “trying hard.” One-third feel their final exams should be rescheduled if they hamper their vacation plans. Some employers are even hiring “praise coaches” to keep their overly encouraged millennial employees motivated.

Too much praise also makes kids “praise-dependent,” so that they crave more accolades to get a task done. In addition, research finds that students lavished with praise are less confident in their answers, less persistent in difficult assignments and less willing to share their ideas.

If your child keeps asking, “Aren’t you going to say, ‘Good job?’” it may be time to take your accolades down a notch. Try replacing over-abundant praise with brief, praise-free comments like, “You finished the math assignment alone.” Or just state what you see: “You rode your bike all by yourself.” Those words help kids take pride in their accomplishments without needing our high fives.

Want your child to be kinder and more respectful? One ingenious experiment with 7 to 10-year-olds found that praising children’s character, rather than their behavior, helped them see themselves as kindhearted and helping. Character-praised kids were also more likely to be generous with others. How kids view themselves is how they act.

In an era when our sole metric of success is a grade or a test score, it’s time we focus more squarely on kids’ character, rather than their achievements. A Harvard survey of 10,000 middle and high school students found 4 of 5 perceived that their parents valued achievement more than caring for others.

So instead of always asking, “What grade did you get?” start acknowledging your child’s character. Just name the character trait – kindness, respect or responsibility, for example – and describe the deed: “Randy, you’re the kind of person who always lends a hand.” Or you might say, “Sally, you’re always so thoughtful – you’re a considerate person.”

A famous Columbia University study found that school-aged kids praised for their intelligence became less likely to attempt new challenges. But when praised for their efforts, they worked longer and harder. Overemphasizing intellect or talent –and then believing such traits are innate and fixed – makes kids more vulnerable to failure, fearful of challenges and less motivated to learn.

Whether your kid is doing math, practicing violin or working on her karate chops, stress effort – not intelligence or the end product, such as her grade or score. Don’t say, “You’re so smart!” Do say, “You’re working so hard!” or “You’re improving because you’re putting in all that effort.”

Rule 4: Use nouns, not verbs

Researchers at the University of San Diego did experiments with 3- to 6-year-olds to see if a subtle change in grammar could make a difference in their behavior. In one experiment, helping was referred to with a verb: “Some children choose to help.” In the other, helping was referred to as a noun: “Some children choose to be helpers.” Kids invited to “be helpers” were far more likely to help than kids who were given an opportunity “to help.” So if you want your child to see himself as a caring person, use nouns. Even a simple grammatical switch in how we praise can affect our children’s behavior.

Digging deeper in the archives, a British study conducted in the 1970s had 140 school-age children receive tokens for winning a game. They were then were told they could either keep or donate their winnings to kids living in poverty. But before deciding, the students watched their teacher decide what she would do with her tokens. When the adult told students to donate the tokens but kept them herself, the children were less likely to be generous. When she lectured the kids on the value of giving and then donated her tokens, children were generous at first, but there was little impact on their future generosity. But when she cut the lecture and simply donated all her tokens (as they watched), the children donated their own tokens and were generous in later opportunities.

So don’t just praise or lecture kids about good character, compassion and charity, model these attributes.

We are a materialistic society that puts far too much emphasis on outside appearances. The result is that many kids base their self-worth on what they wear and own instead of who they are. In fact, the more materialistic the child, the lower the self-esteem and the greater need for outside approval.

Fortunately, a University of Minnesota study uncovered a simple solution. Giving tween-aged kids well-deserved compliments that focused on their inner qualities, such as telling them that they’re “kind,” “helpful” or “fun,” instead of focusing on what they wore or owned, reduced their materialistic tendencies and built healthier self-esteem. So make sure to focus your praise on your child’s inner qualities.

The right kind of praise remains one of the simplest and most effective ways of enhancing kids’ behavior, but we must carefully consider how we word that encouragement. A simple switch in words may seem subtle, but it can have a big impact on our children’s development. Just make sure that your acknowledgement is always deserved, specific, sincere and never overhyped.

Join me in starting national conversation about why our children need for empathy.

I’ll share proven ways in this blog that we can use to cultivate our children’s empathy and switch their attitudes from WE, not ME. The ideas and story from this post are adapted from my latest book, UnSelfie: Why Empathetic Kids Succeed in Our All About Me World which  describes how to cultivate the Nine Crucial Habits of Empathy, and offers dozens of proven ways parents and teachers can use from toddlers to teens to do so.